With this article, I will be able to help you rank higher in Google. I can show you the big overview of what Google is looking at so that you can easily distinguish between the things you are doing right and the ones you are doing wrong. There are some things which you may have not even considered to be affecting your site’s ranking in a positive or a negative way. Frankly speaking, judging and analyzing what google thinks while ranking or penalizing a blog isn’t a 10 point stuff. It’s a long list of algorithms. Much longer than you can think of! 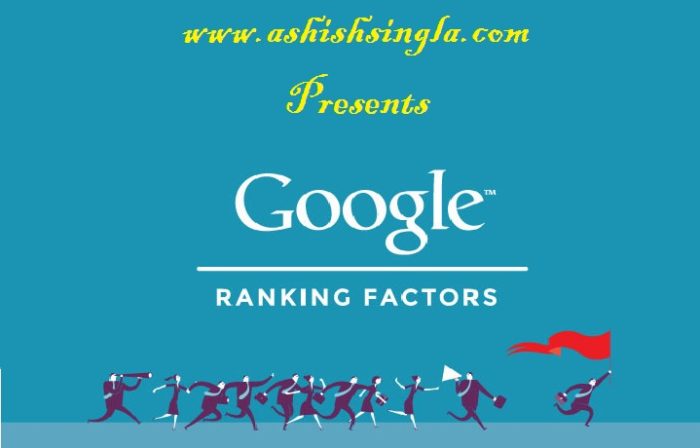 I have got this information from a variety of sources:

With my experience and continuous study in the field of SEO, I have jotted down all the possible factors on which google ranks your blog! 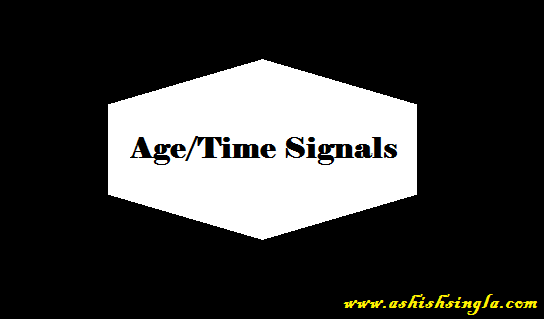 Out of many age/time factors, the first one is domain age so if your website is new I think Google is going to trust that last as compared to the website which has been around for a long time.

These things are going to affect how much it trusts you

Another one is the age of the links you get and when you get a brand new link to put into your site there’s a chance in future that links gonna disappear because the person who linked changed their mind because your contents was no longer good. It is often seen in the spamy sites that their links disappears over the time.

Hence the longer the link is the no more trust it has.

Another aspect is the link growth rate so if you for example get a hundred links on the first day of your site and then never ever again then Google’s gonna analyze that nobody is linking to this site anymore so  it must no longer be relevant. This will lead to your rankings going low. On the other hand if your site gain links on a regular basis, Google’s going to consider it as contextually interesting & relevant website which eventually will improve your rankings. That also doesn’t necessarily mean that you have to get a hundred links each month and just means that you should have links done over a period of time.

The same applies to content as well if you have a static site and the content is never been updated it means the content is very old without any new content being added on a regular basis. Google gonna be looking at that in order to decide whether your site is up to date and relevant or not.

Next point to consider is how fast the contents been added to your site. If all of a sudden you’ve got a hundred thousand new pages on your site is going to be a little bit worried that maybe these pages are of high quality or not!

Now one thing which confuses a lot of people when they first rank in Google they might see their sales jump into the top 10 then completely disappeared in a day & jumped on page two and then it disappeared and this can go on you know for a few weeks and it they just don’t understand what’s going on. Did they do something to make that happen? But actually this is quite common. Let’s see the reason behind that:

One of the reasons why this is happening is Google rewards freshness. When content is new it might be  ranked higher because it’s fresh and then as it get older google starts to move it down the search results.

This happens over a long period of time. However, if the content is sort of some then the freshness is of a very short period of time. May be just for the first hours on the first day. So you will see your site ranking higher, to begin with and then dropping off for that reason.

Another thing which I suspect Google is doing is that your site would be suddenly thrown up into the number one or in the number-two and number-three position for just a short time and then disappear again while they may stay there but what I’m guessing Google is doing here is a sending some traffic to see people are clicking on it to see if people are staying on your site to see essentially people like your content and if they don’t then gonna move it back down but if they do then they gonna keep it up there or at least improve its rankings from where it was previously.

Another thing which affects rankings in a short span of time are backlinks. Let’s just say you get a link from a blog, when you first get that link on the blog probably it was on the homepage of the blog and so you’re literally getting a link from the home page. Afterwards, it may be moved down to archives and it might be two or three or four clicks away from the home page and that makes the backlink worth less than before and so that means essentially over time a lot of the links you might get from social bookmarking in other places are slowly just been put away in the archives. So you’re just gonna move down naturally because of that.

However it’s not a point of worry. I would recommend to ignore the early spikes of your site. 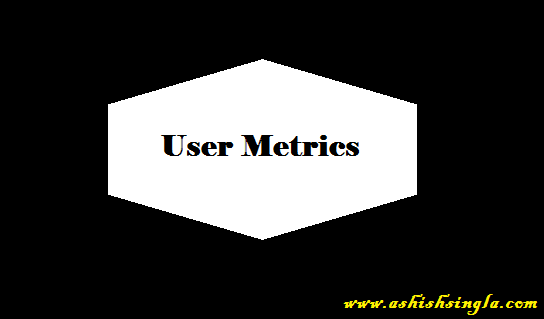 So the second one is very important become increasingly important in the past couple of years and what this essentially means is the Google’s approach towards metrics and that’s what made it such a big company. It was the algorithm which is essentially based around links and how websites linked to each other and they built a very advanced algorithm. Essentially they’ve looked at what people do when they come on our website. Is the interaction good interaction or bad? Are they staying there for 5 seconds or 5 minutes? A longer stay can improve the metrics while a shorter stay can degrade it!

It is gonna be in comparison to your competitors, for instance, I often hear the question well how long should people be spending on my site? Actually the answer is how long are they are spending on your competitor’s site. You just need people to stay more than that! It’s a relative study because the gross amount of time depends on the particular niche.

Google says they don’t really look at that but what they looks at instead is dwell rate which essentially means the same thing i.e. when people come into your site how long are they hanging around on your site before they go back to the search result.

It is linked with bounce rate itself. It means the time on site before they clicked the back button to reach the search results again. It’s often called dweller II and that’s one of the metrics which they’re looking at as well.

No. of Pages Viewed

When people come to our site and they look at 10 pages on average then that’s great,  if they only have a look at one page and then leave then that’s not so much a good sign so the number of pages people are viewing on your site is a metric that can be used as well.

So another thing to look at the Click Through Rate here and that’s something they can easily see as well which result in the search engine has higher click-through rate compared to the competition and if no one click through to your result then that’s not a good sign.

Another thing that Google could be looking at is repeat visits. So are people coming back to the site again? Google can be monitoring this through browser cookies. If people are going back to a website again then it’s obvious it has good and relevant content.

Next important factor is your website traffic. So if all of a sudden a million visitors are going to a brand new domain.

Goggle’s gonna think well there’s something going on here there’s lots of people turning up in it!

So maybe we should rank higher!

Maybe we should give it a little bit more trust because lots of people are going to the website!

Google does measure traffic to websites. You can actually get information publicly and how much traffic different websites have according to Google. 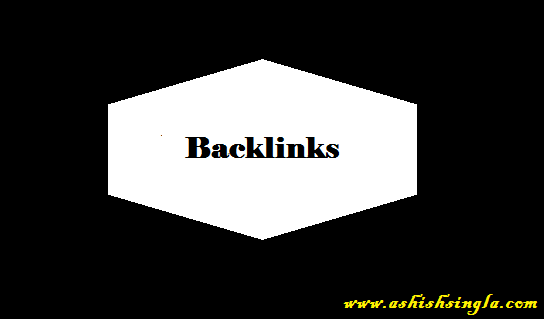 The big one that so many people talk about as one of the main metrics is backlinks and this is what causes a lot of controversies and a lot of focus. And so before I jump in let me tell you this is an important factor but not necessarily the primary factor.

I’ve been out to run websites without building backlinks when the user metrics have been brilliant. Obviously, backlinks are still gonna help and they gonna give you an edge over the competition. But don’t think anyone that battling for the big key and that’s the only thing you need to focus on. I’ve seen situations and I’ve got my own sites which have been in a situation where they got some really good backlinks but the user metrics design the site badly.

Hence just the backlinks don’t count. Guys think about all these other factors going on as well anyway let’s jump in and look at what factors about backlinks really affect ranking:

Firstly the amount of backlinks you’ve got. The more you have the higher you go around that’s a correlation which stood up very well. There’s often talk of a quality versus quantity but just a roar amount is not enough. Quality does matter. You should maintain a good trade-off between both.

No. of Different IP Domains

Then something which follows high-ranking sites and the number of domains linked to your site and i.e. the C-class IP’s which is the IP address of your server. What this really means is a number of websites owned by different people linking to your website. So for example you could have backlinks on hundred different websites but if you own all of those 100 websites then Google looks at that as only one person. So they don’t really count as true votes. Hence make sure to have backlinks from different IPs.

One thing that Google looks at and correlates very well with higher rankings is anchor text. If the anchor text is relevant to the keyword or even the key word itself as an anchor text its considered to be very good. But Stop Here! What mistake generally people do here is that they keep backlinks with same or almost similar anchor text which is not at all natural looking. What you need to have natural variations buy having variety of relevant anchor texts.

How Can You Make Email Marketing Work For You?