Home » How Worst Payoneer Staff is! Awful than Anyone Else in Internet Marketing
Beware

How Worst Payoneer Staff is! Awful than Anyone Else in Internet Marketing

It’s been almost a year since I started using Payoneer as my Global Payment Partner. It claims that their transaction rates are minimum over the internet market including exchange and every other charges. Well, that was the reason I chose Payoneer over PayPal.

Payoneer tries to compete Paypal in every aspect, BUT when it comes to customer support, they are far behind the Paypal.

You can find the above options in their contact us page https://payoneer-in.custhelp.com/app/Contact_us. However, unfortunately, they never respond properly in any matter. 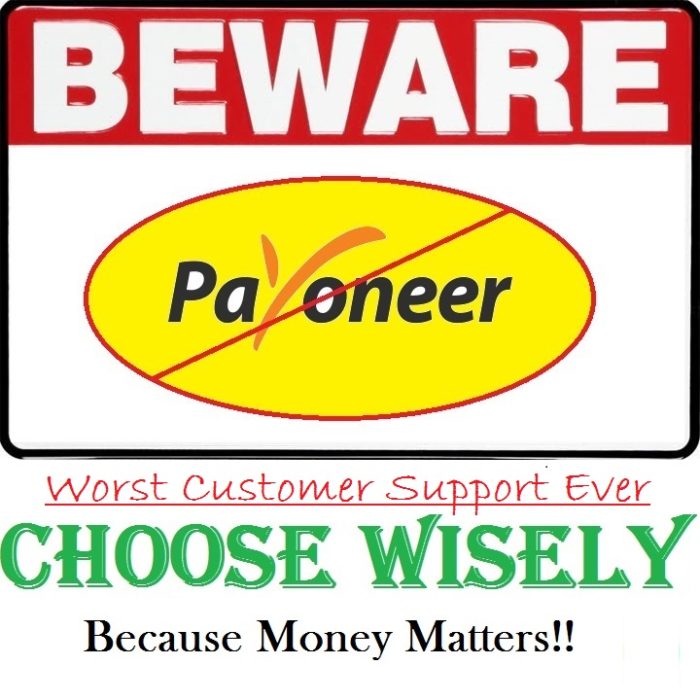 For any changes in account if any person contacts them on live chat they clearly say that “we are not authorized to do so please leave an email on Bla bla bla…..”.

On sending an email, they never respond.

I am in contact with few Payoneer users and confirmed everyone that whether they are getting a proper response or not. But everyone is dissatisfied.

Till date, I have sent a lot of emails to them but still there is no satisfactory response on any of my queries.

Here is a brief experience with them.

On 6 July 2016, I observed that in there is a balance of 60$ in my Payoneer account which has not been transferred to my bank account even though the stipulated time for transfer was over. Instead, a sentence was written as stated below:

“USD Balance has been disabled. Please contact us for further details” 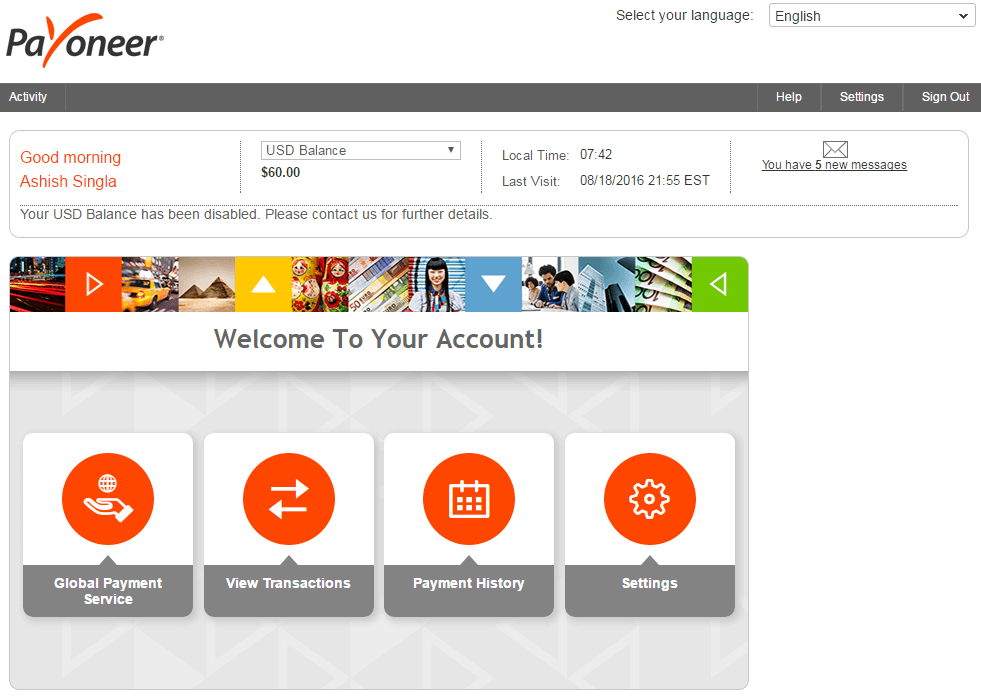 Henceforth, I Immediately visited their customer support page https://payoneer-in.custhelp.com/app/Contact_us and filed a ticket to the support staff and the reference number I got was “160706-012325“. This ticket was filed on 6 July 2016.

Although I had a linked Bank account to my Payoneer account for Auto Withdrawal(as shown below). However, the moment I saw that error message, I understood that this money wouldn’t get transferred to my account without contacting Payoneer Customer Support. 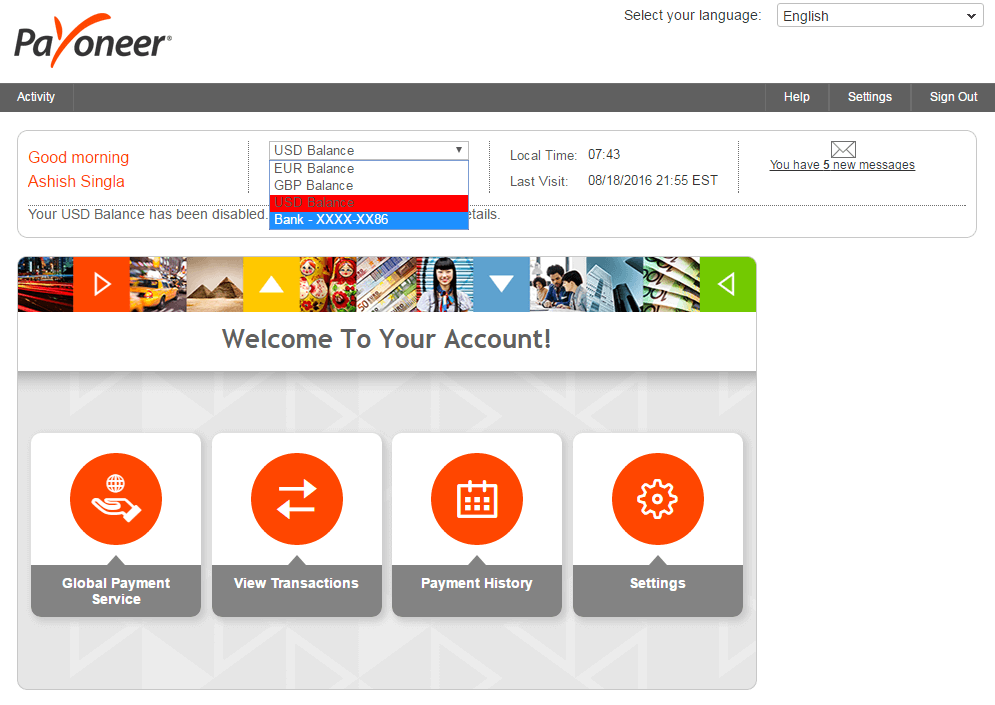 A thing to worry for every Payoneer user is they don’t inform you by email/message that something has gone wrong in their account. To add to this pain, they never listen to you! EVER! 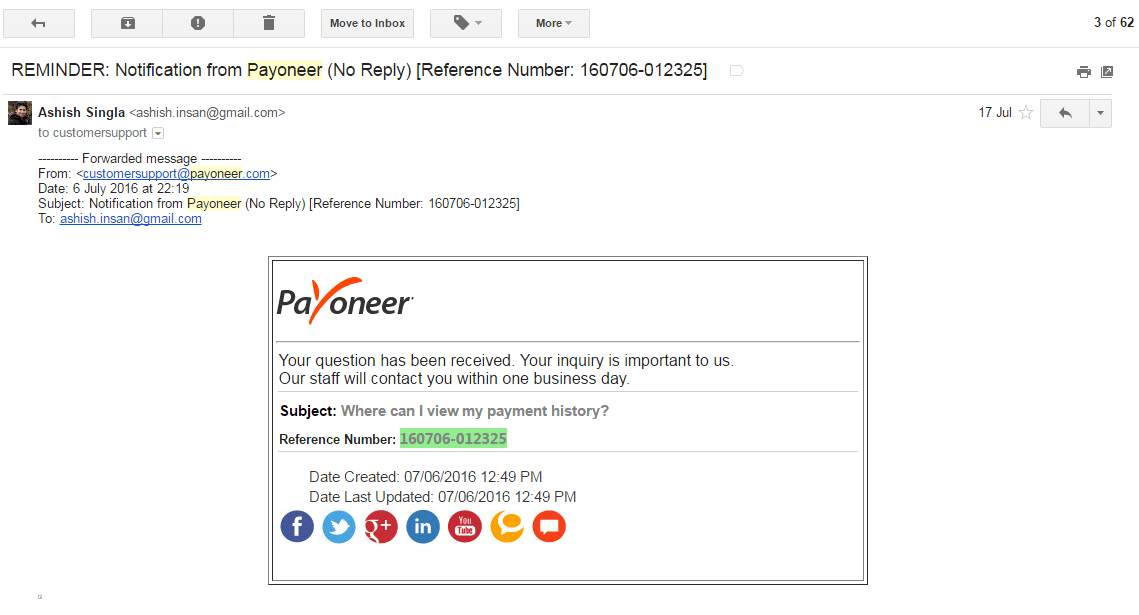 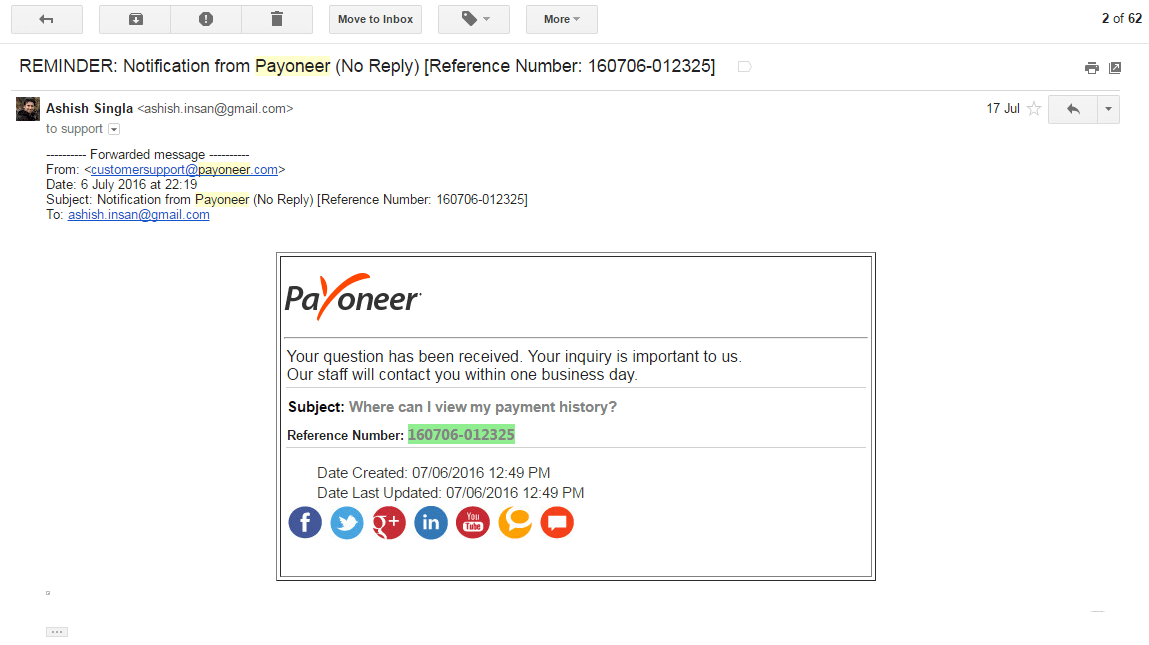 But unfortunately, they ignored it as usual. 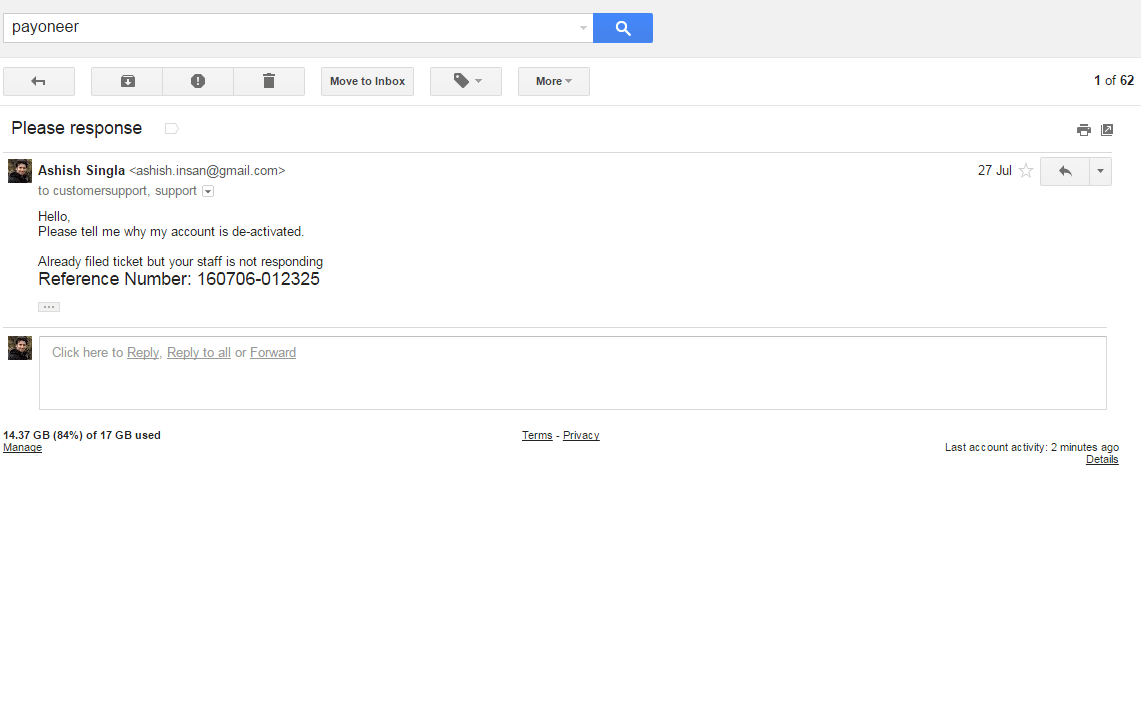 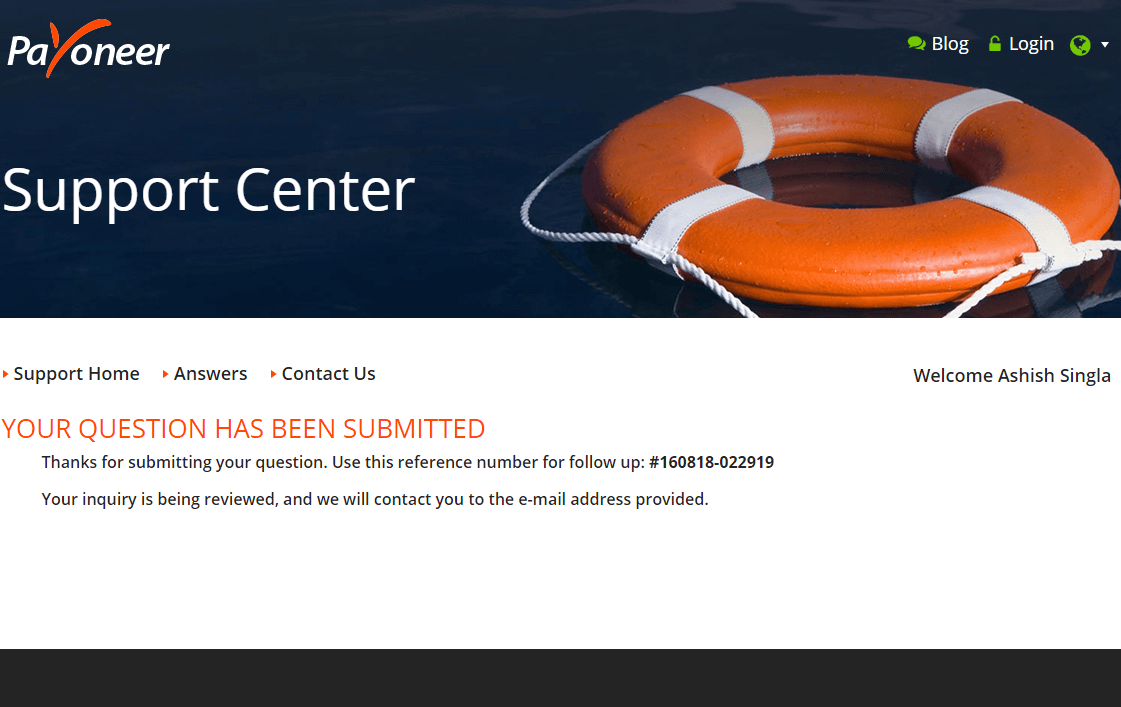 Now you can easily judge how worst their support is.

They spent a lot of money on advertising their company but never responds to customer queries. I want to ask a clear question to everyone “what it means when a company takes money from a user and never responds to their emails?.”

Giving only one benefit (transaction rates lower than other companies) never states that company is Good. If a customer is not satisfied, then there is no use of giving attractive offers.

This is my personal experience with Payoneer. I hope Payoneer improves their customer services first rather than promoting their services.

If you are facing the similar issue with Payoneer, don’t forget to add your issues in the comment section. We’ll make sure that Payoneer either listen to our grievances or shut its operation.

Secrets to be Better at Writing

We will be happy to hear your thoughts