I performed internet speed test from various locations and see that there is huge difference.

Contabo is far behind digital ocean in every aspect whether it is I/O or internet speed.

Every process in Digital Ocean is much faster than Contabo.

Here are the screenshots of Speed test of I/O and internet. 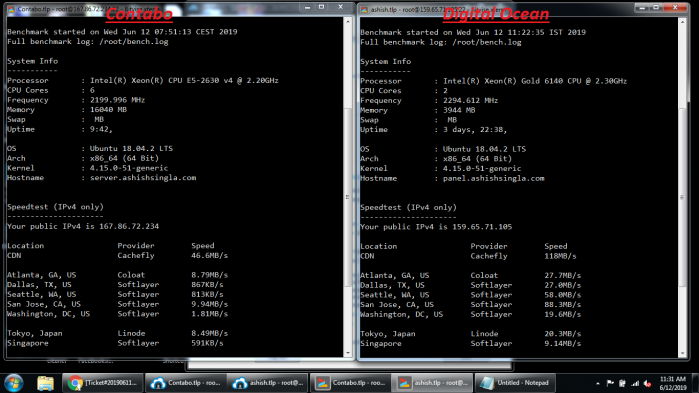 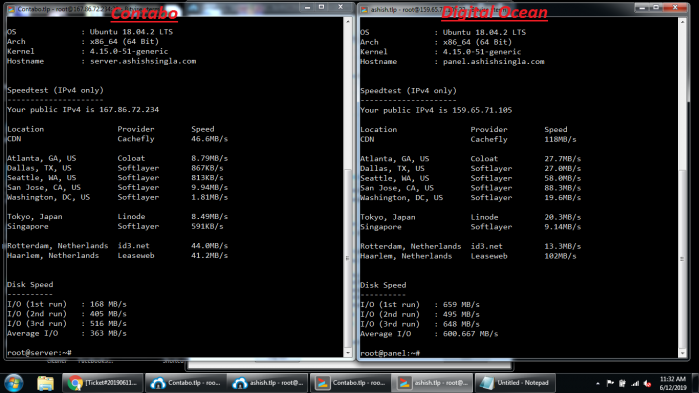 After checking these results, I submitted a ticket to Contabo with the hope that they will try to improve their services.

Your VPS M SSD (167.86.72.234) comes with a 400 Mbit/s port allocated to it. According to your speed test you are almost maxing out that connection to the European speed test servers. On both sides of your comparison the overseas test servers seem to suffer from greatly reduced connectivity percentage wise, which is why we can safely assume that these speed test servers are not performing well in general.

One can clearly judge how they put the blame to speedtest servers instead of improving their servers. Actually, they do not even want to go to deep and find the proper solution.

They told me to buy dedicated server with is not and expected reply from a company like Contabo.

After these test one can clearly concludes that Contabo is only a choice if you are on low budget. But if you want good and reliable performing servers you must stay away from contabo.

An idea to Make Money via Sending emails

We will be happy to hear your thoughts